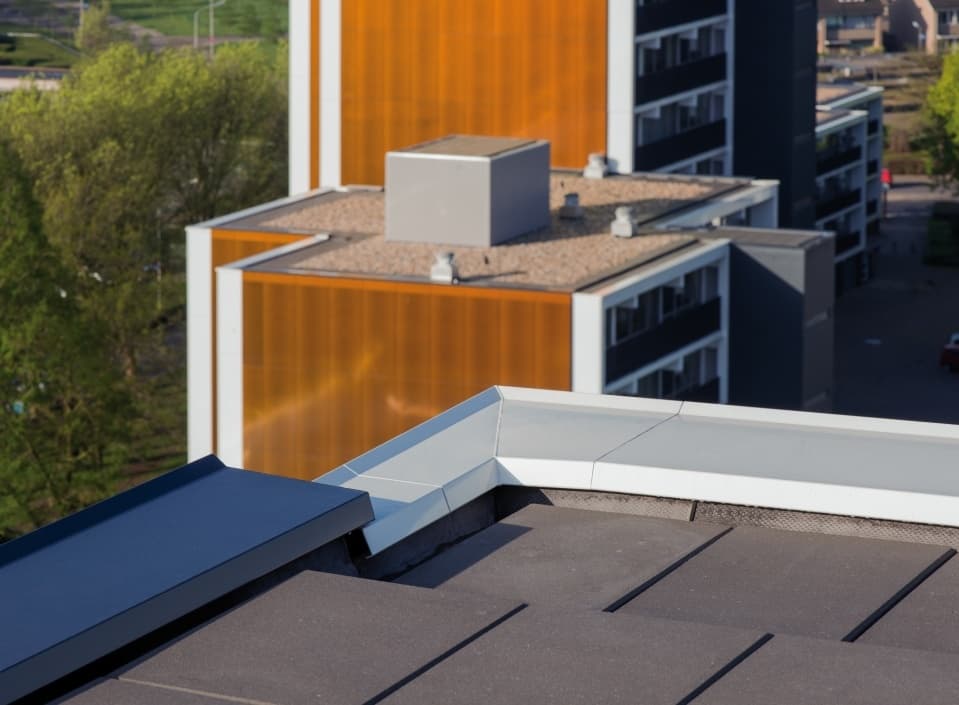 After the renovation the energy performance went from F to B and the somewhat dated residential complex was given a contemporary look. It was provided with beautifully coloured aluminium flashings and wall coping systems.
Photography: Hennie Raaymakers 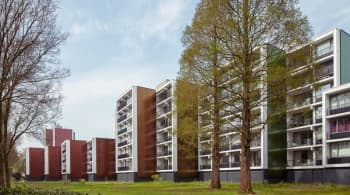 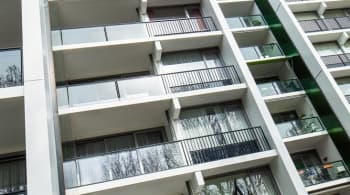 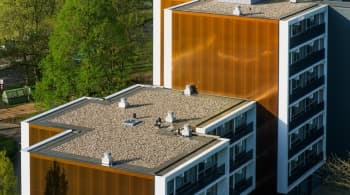 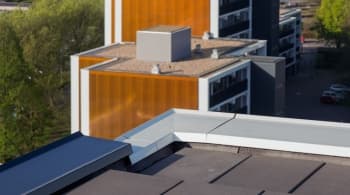 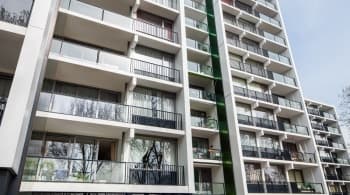 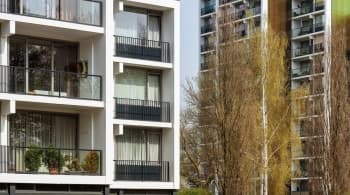 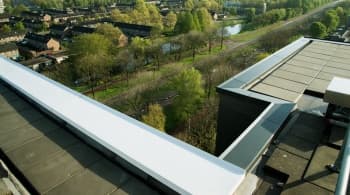 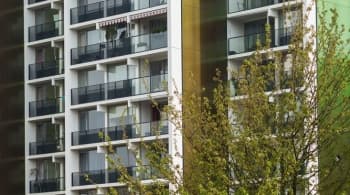 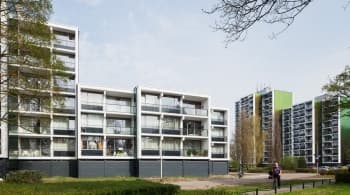 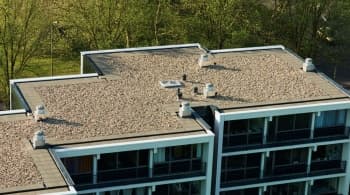 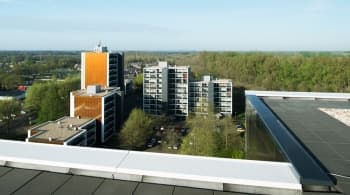 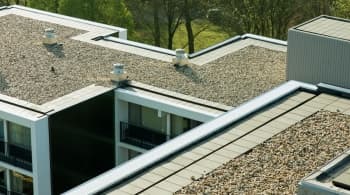 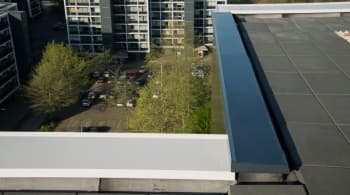 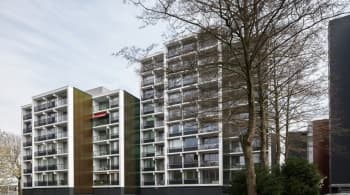 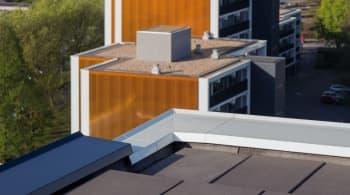 “ALUMINIUM IS SUBSERVIENT TO THE OVERALL LOOK”

Apartment complex De Weezenhof in Nijmegen was completed in 1973 and was known as the ‘hip high-rise’ for years afterwards. But even hip buildings eventually become outdated. That was also the opinion of Talis housing corporation: the 270-unit complex, which consists of 15 residential blocks, no longer met today’s (living) requirements. Living comfort and safety had to be improved - there was much to be gained in the area of sustainability and the appearance could certainly use an upgrade as well. In short, this was a large-scale renovation project. It landed on the drawing board of Pieter Oosterhout of Beuningen in 2012.

“A huge challenge,” recalls Pieter Oosterhout. “We were immediately confronted with a dilemma: do we do it thoroughly and safely, with the risk of not standing out from competing agencies, or do we go for a spectacular design. In the end we chose the latter. And our ideas were to the liking of the client Talis, with whom we established a wonderful working relationship, just as with the construction firms and the residents. That certainly contributed to the outstanding result.”

De Weezenhof has certainly become spectacular. This is primarily due to the chameleon effect panels pressed from basalt fibres that have been applied to the side walls. The apartment blocks seem to come to life due to the play of light. The façades change colour frequently, sometimes green, sometimes bronze, depending on the time of day and the angle of light.

But we would be doing the overall design a disservice if the focus were to remain on these façades alone. The front and rear views have also changed dramatically. Pieter Oosterhout: “A lot of aluminium detailing was used in the overall design. The role of aluminium is important: it serves the overall appearance and, because of its low-maintenance character, it also fits in with the idea of sustainability which was so important for this project. Because the original design did not make it easy to distinguish where the apartments ended, we used custom-made, white aluminium frames and aluminium wall copings to mark the boundaries of the apartments. These aluminium frames, which provide the characteristic clean lines both horizontally and vertically, also help to optimise the chameleon effect of the façades. And the effect doesn’t run off with all the attention.”

In addition, aluminium wall copings were used for the roof edge finishing on all the apartment blocks. The balcony railings, which were originally made of galvanised steel, are now also made of aluminium. The same applies to the window and door systems, which also comply with DUBO® certification and thus contribute to the envisaged energy A label. Communication with the residents was an essential part of the entire project. They were not only involved in the idea of the ‘chameleon panels’, but also in the choice of aluminium instead of wood for the window frames.

All in all, the ‘hip high-rise’ has gained allure thanks to the architect’s daring design. A complete metamorphosis, which is not only visible visually, but which offers the residents more living comfort and lower housing costs. A sustainable success and hipper than ever!