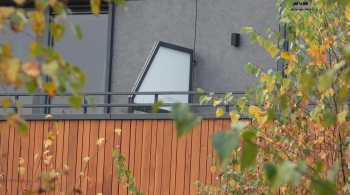 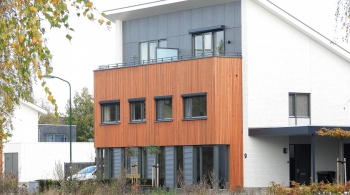 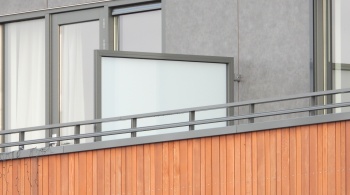 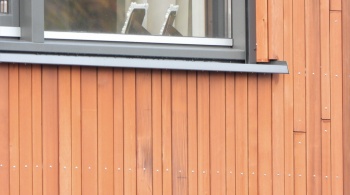 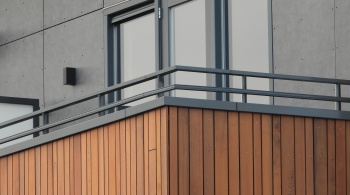 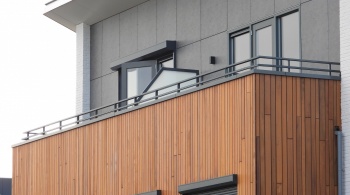 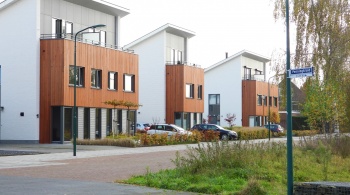 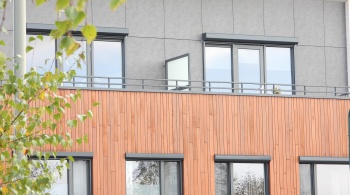 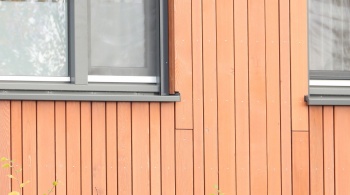 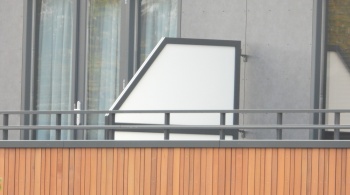 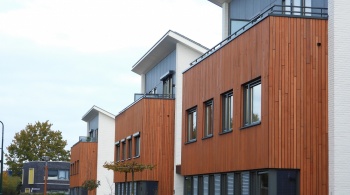 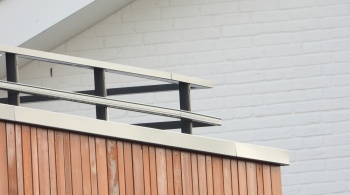 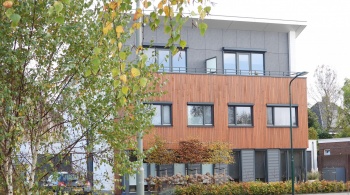 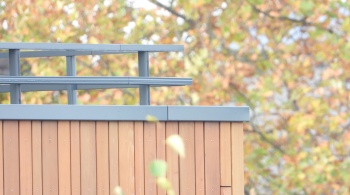 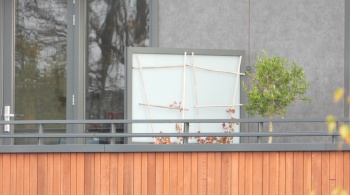 The urban development concept of the Piekenhoef in the town of Berghem in Brabant consists of four phases, spread across various residential areas. Project architect Wim van Oorschot of Quadrant Architects in Zevenbergen says: “We partially completed phases 1 and 2. That was before the construction crisis. Phase 3 came in the middle of it. Therefore, this phase was at a standstill for a long time. In terms of urban development, it was a very interesting project, particularly in the initial phase. There was no visual quality plan yet. Phases 1 and 2 were developed with six architectural firms, each providing its own design. The question then was what the connections between the various architectural concepts would look like. A particular challenge.”

Van Oorschot said he did not expect that it would work out so well. “As a result, we ended up with a good diversity of atmospheres. The residential areas we designed stand out because they have different roof shapes. Sustainability also plays an important role. For example, in the form of wadis that are smoothly incorporated into the urban fabric. The living room of the patio apartments is oriented toward these wadis - green spaces where very few people ever come. Some wadis have grown so wide that a raised footpath has been built. The urban structure does indeed meander, but is fairly even.”

Variations in types of dwellings

Of the six initial architects, only Quadrant Architecten remained for the fourth and final phase. It had already been quite closely involved in phase three as well. The types of dwellings are different in these phases. For example, the Hazelaar-type dwellings are characterised by robust, white frames that run from ground level up to round the dormers, and the homes on the Penningkruid have a characteristic pent roof. Wim van Oorschot’s hand can be seen in nearly 140 homes in the Piekenhoef.

Van Oorschot designs to fit in with the surroundings: “I look mainly at what the place requires. The surrounding area sets the tone. We design to fit the location. The materials used are very important. Such as the facing. The brick must be attractive. Better a modest design with attractive bricks than a good design with inferior bricks.”

The two-under-one-roof homes with their characteristic pent roofs and generous overhangs are attractive in a location-appropriate context. The pent roof reaches up to a height of nearly four storeys and runs to the back of the building up to two storeys in height. This means that the second floor is very spacious. This is further accentuated by the large areas of glass on the roof terrace at the front of the homes.

The rows of pent roof dwellings stand opposite each other. With a wide strip of green in between. In a sense, they connect two residential areas. But if one takes a good look, there are some striking differences between the homes that lie across from each other. The aluminium privacy screens on the roof terraces, for example, that create a partition between the two adjacent homes. In one row, rectangular privacy screens are used, while the other row has privacy screens with a chamfered corner, both forms being fitted with frosted glass.

The loggias’ parapets are fitted with aluminium wall copings with aluminium balustrades in order to achieve the requisite safety height and yet maintain transparency. The windows of these homes are fitted with aluminium sills. Wim van Oorschot on the use of aluminium detailing: “Is there an alternative?” he asks. “Zinc is possible, but we don’t use that because of potential ground infiltration. The front façade, which runs up to the parapet of the roof terraces, is clad in wood. You don’t want to put heavy concrete edges there. The lightweight aluminium is much better suited for this. That is why I opted for an aluminium wall coping, and the same applies for the balustrades. 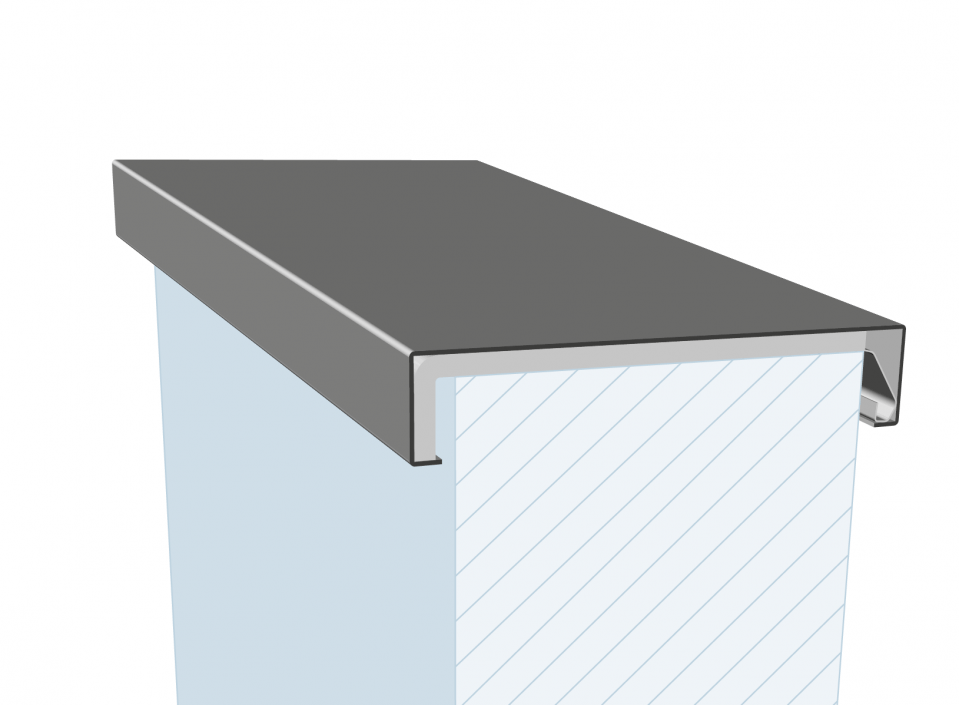 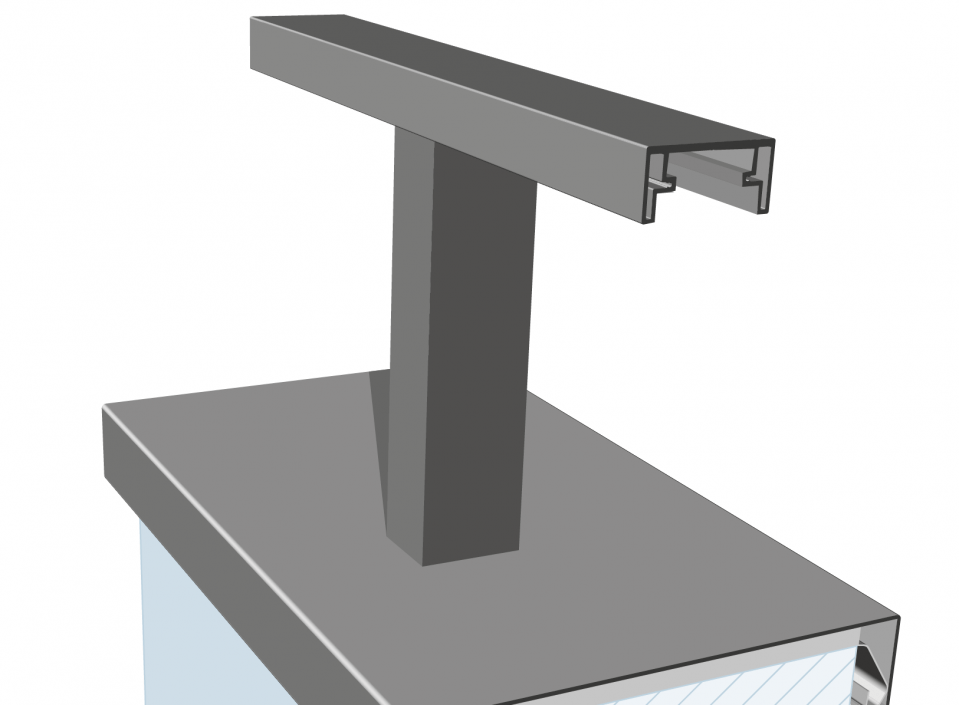 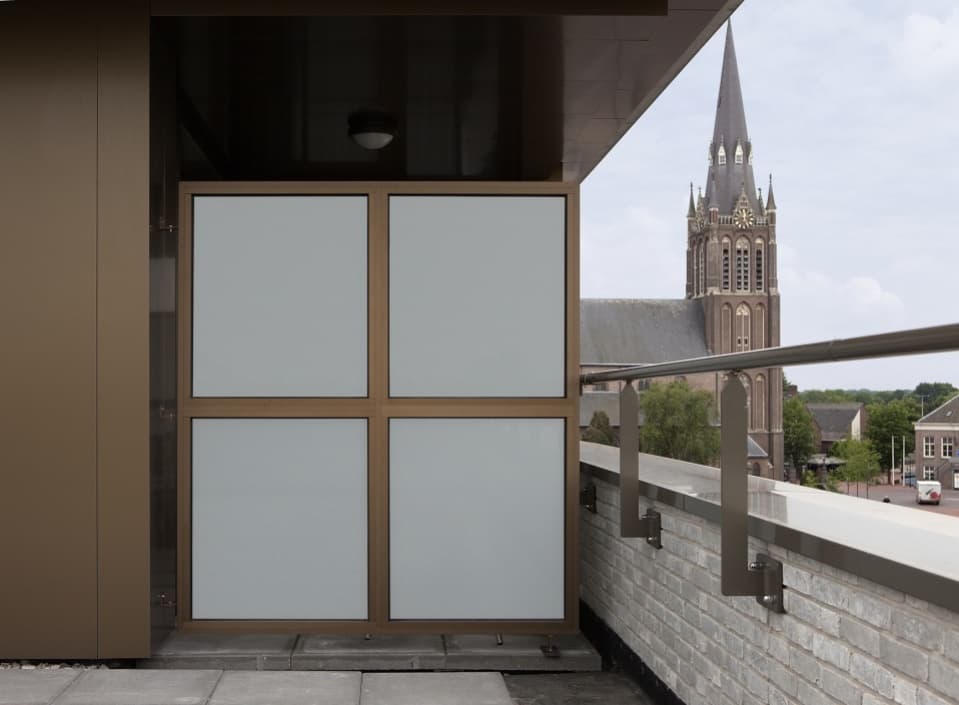