Smaaktuin residential project where contemporary materials such as aluminium are found in abundance in coping systems, roof edges, weather cornices and a clever example of custom-made products in the form of a huge channel. 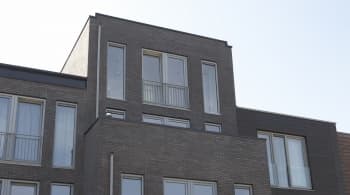 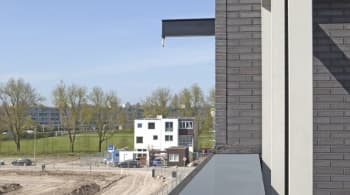 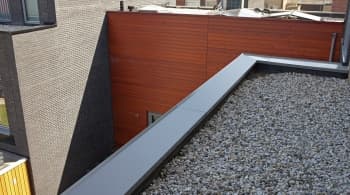 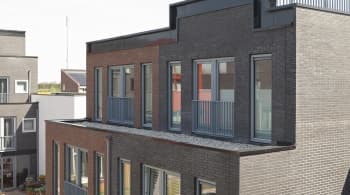 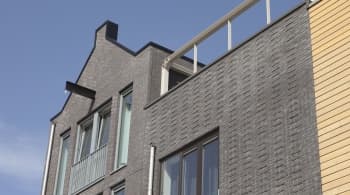 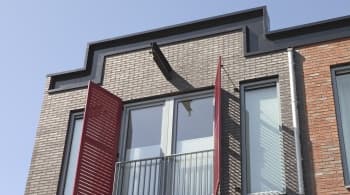 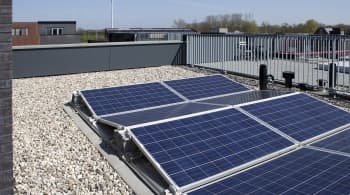 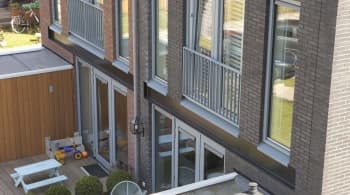 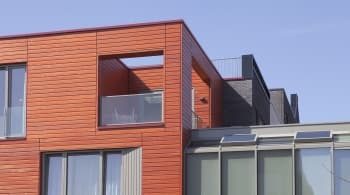 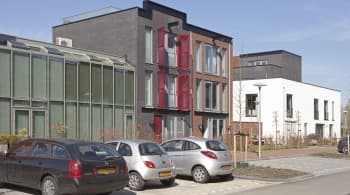 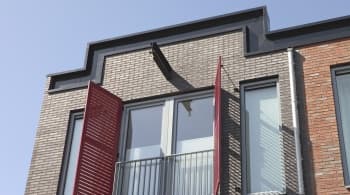 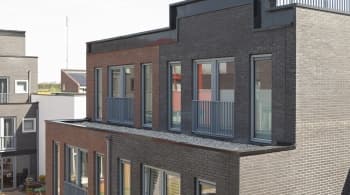 BEAUTIFUL ALUMINIUM FLASHINGS IN A BUILDING METHOD WITH A FUTURE

A development that has become increasingly common in recent years in (private) home construction is that homeowners can design their own home using a home planner. This happens within predefined frameworks of course. One of the projects that was realised with the aid of a home planner is the De Smaaktuin in Utrecht. The coordinating architectural firm was FORM, which laid the digital basis for this project in cooperation with the architectural firms De Zwarte Hond, Marc Koehler Architects and Groosman & Partners.

In cooperation with ERA Contour, FORM developed the configurator for this plan. FORM compiled the database from which homeowners could put their homes together. According to Jörgen Haring and Robert Noordegraaf of FORM, the principle of the configurator is simple. Based on a defined plot size, homeowners could choose one of the basic designs by the three participating architects which were created partly based on the residents' wishes. In the configurator the home could then be modelled with, for example, an extra storey, a different room layout, various façade colours or façade materials such as brick, wood or stucco. Even a greenhouse construction was among the possibilities. With the configurator it was possible to see in real-time what the house would look like based on the choices made, also in 3D. And it was immediately apparent what influence the choices had on the final price tag. Jörgen Haring: “In this way the homes gained a high level of collective private commissioning (CPO)."

De Smaaktuin is characterised by a green communal courtyard in the centre of the block, which in principle is only accessible by the residents. It is a meeting place that promotes cohesion within the housing project.

Although the residents were free to compose their own homes, De Smaaktuin has not become a colourful collection of the most diverse designs; on the contrary. “Uniformity is characteristic of De Smaaktuin, but with many variations,” notes Robert Noordegraaf. That variety is also reflected in the basic options from which people could choose: an entrepôt, a modern townhouse or a veranda house. Some of the plots were reserved for so-called specials: homes designed entirely by the client together with one of the three architects. In this way the houses were given a very personal character without losing cohesion. The collective courtyard garden also emphasises this cohesion.

According to Jörgen Haring, a certain uniformity was also achieved with the materials and detailing. “Natural, sustainable materials such as brick, wood and aluminium can be seen everywhere.”

A striking feature is the roof edge finishing on some of the homes, which is executed in custom-made aluminium, designed as a gigantic channel that seems to lie in the façade. These upright aluminium fascia boards, topped with an aluminium wall coping, give the house a somewhat robust character averse to any hint of clumsiness. This beautifully designed flashing runs into aluminium wall coping systems, which can also be found on the parapets of the roof terrace of some of the homes. Aluminium flashing was also used to finish the spouted gables, which are reminiscent of 17th-century entrepôts. Aluminium was also chosen for the numerous weather cornices, and aluminium roof edges were frequently used as a durable solution. As a natural material, aluminium perfectly combines with the wooden and brick façades and contributes to the uniform yet varied appearance of the entire residential block. A beautiful and successful balance! 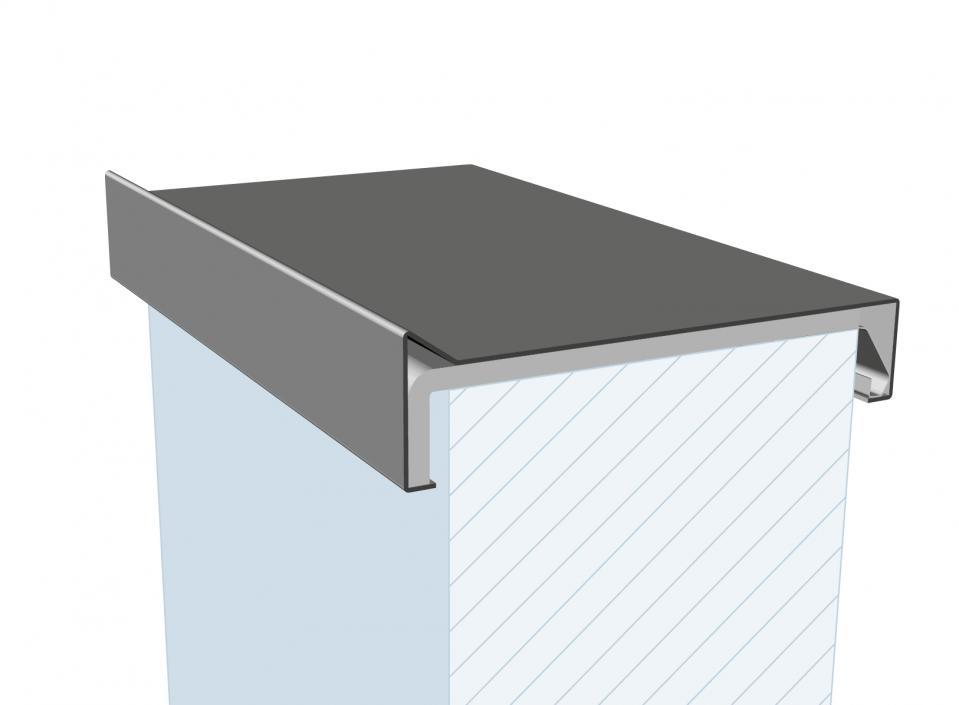 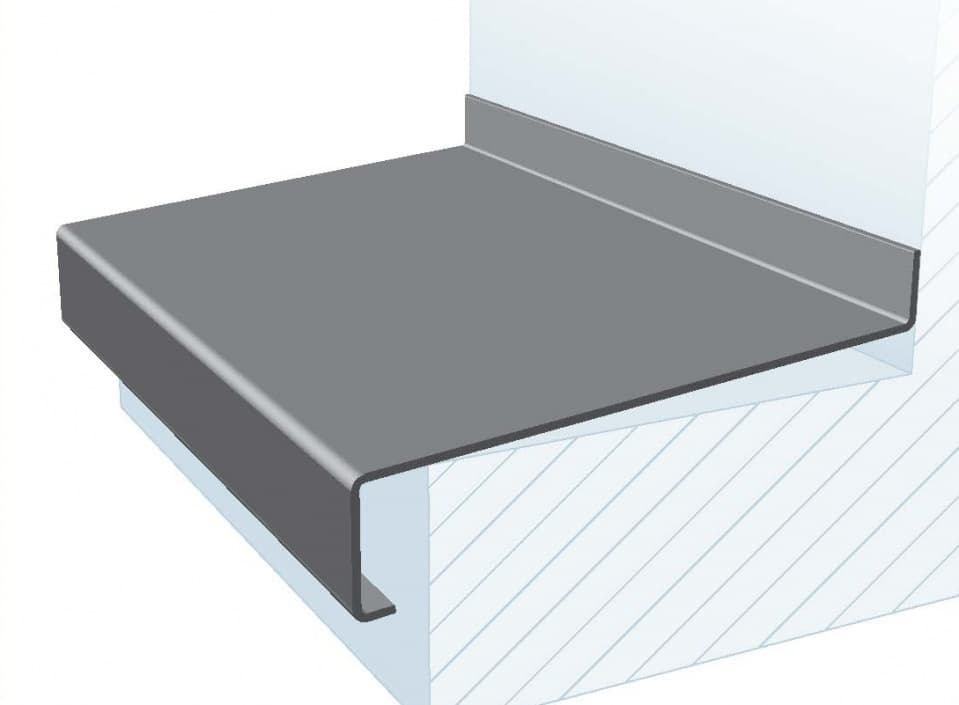 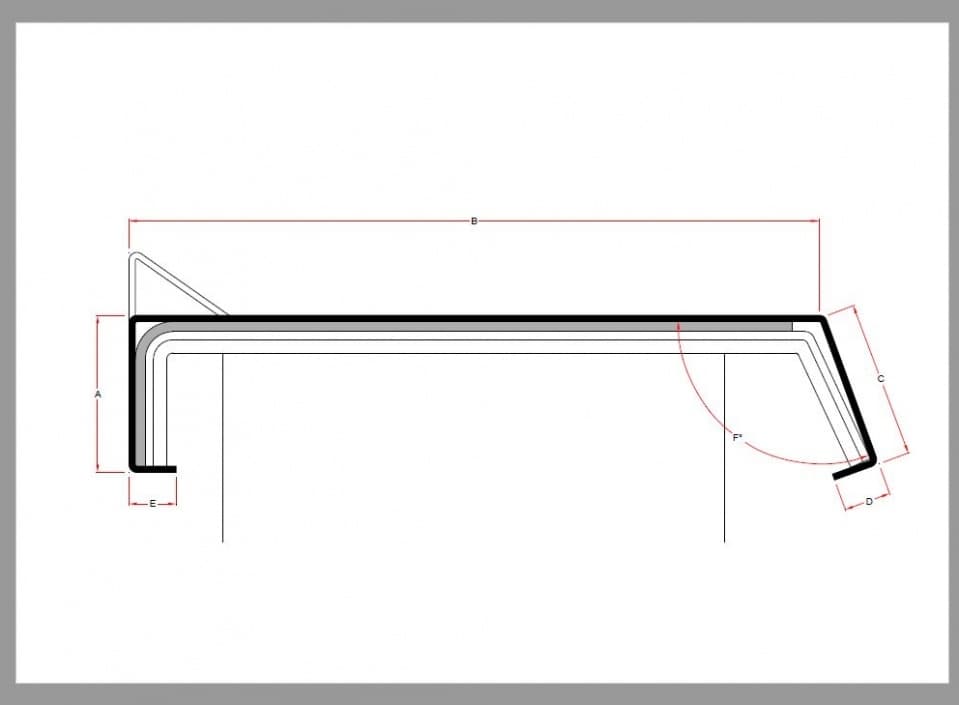 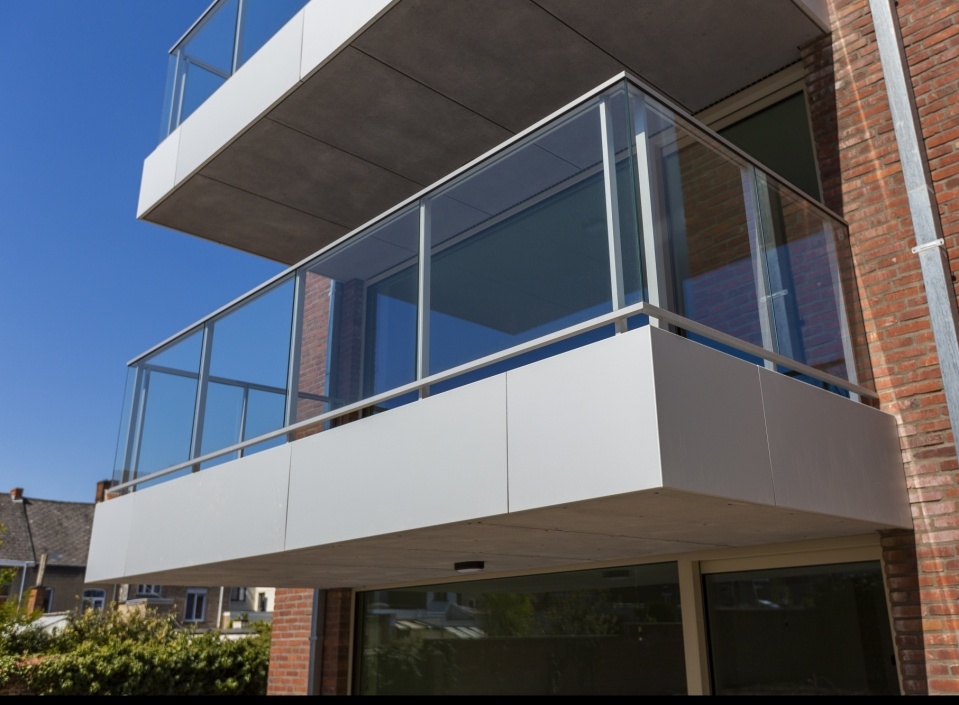 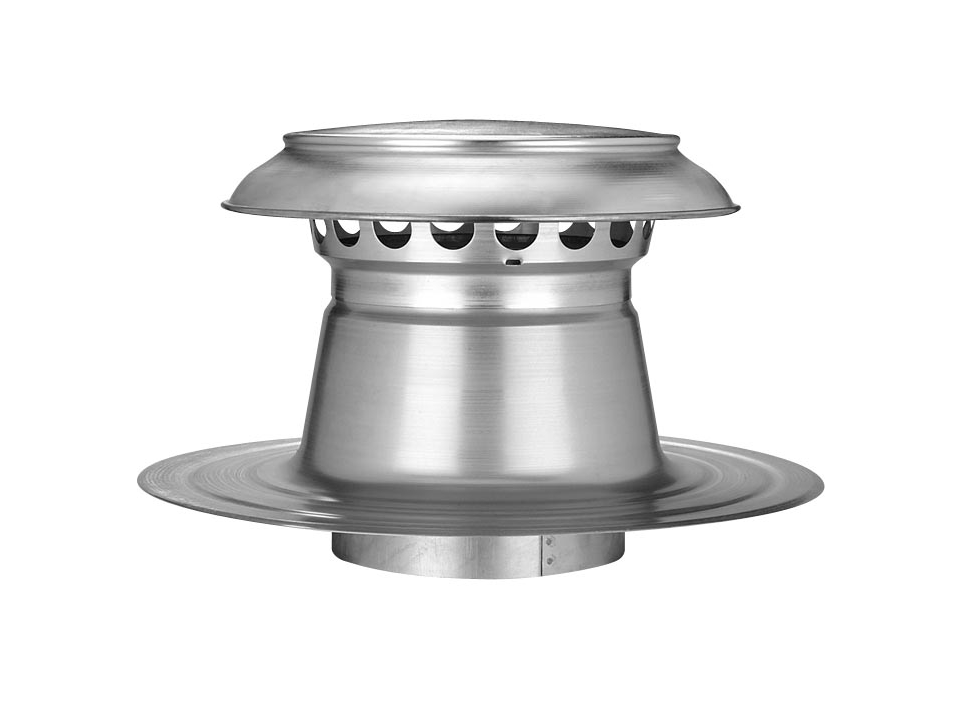 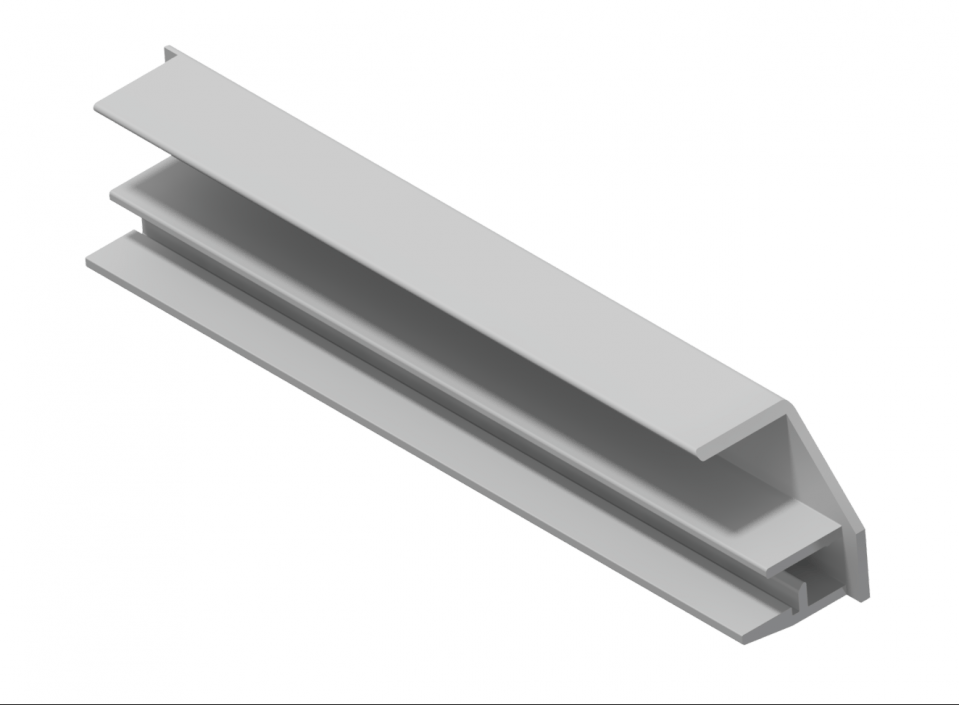 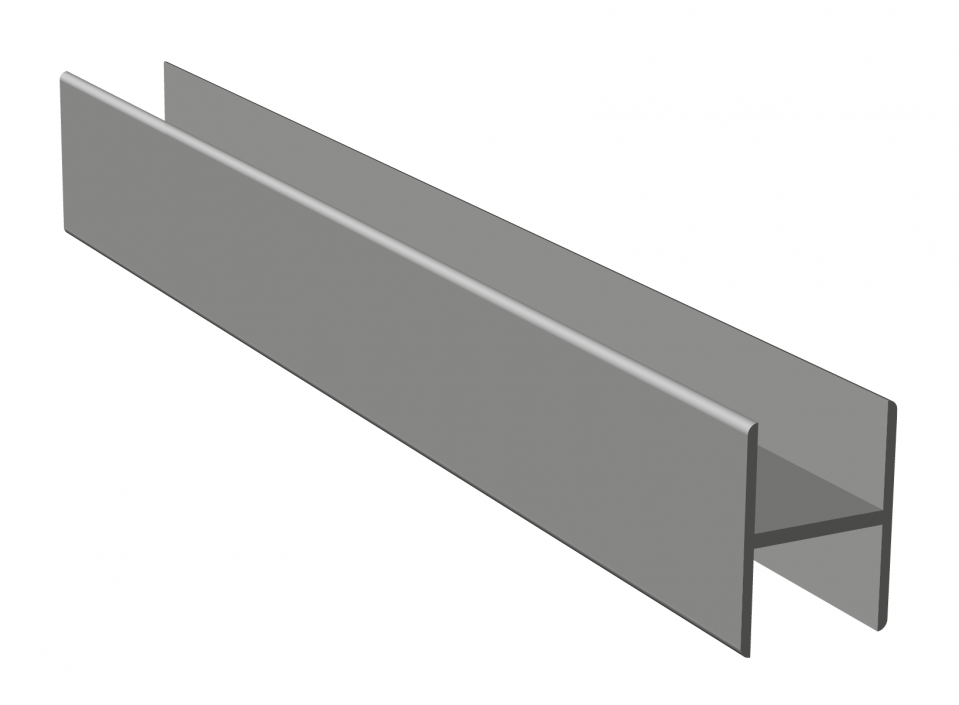